The Rho Phi Lambda National Honor Society is dedicated to outstanding students within the USF Recreation and Sport Management Department. The honor society’s purpose is five-fold: 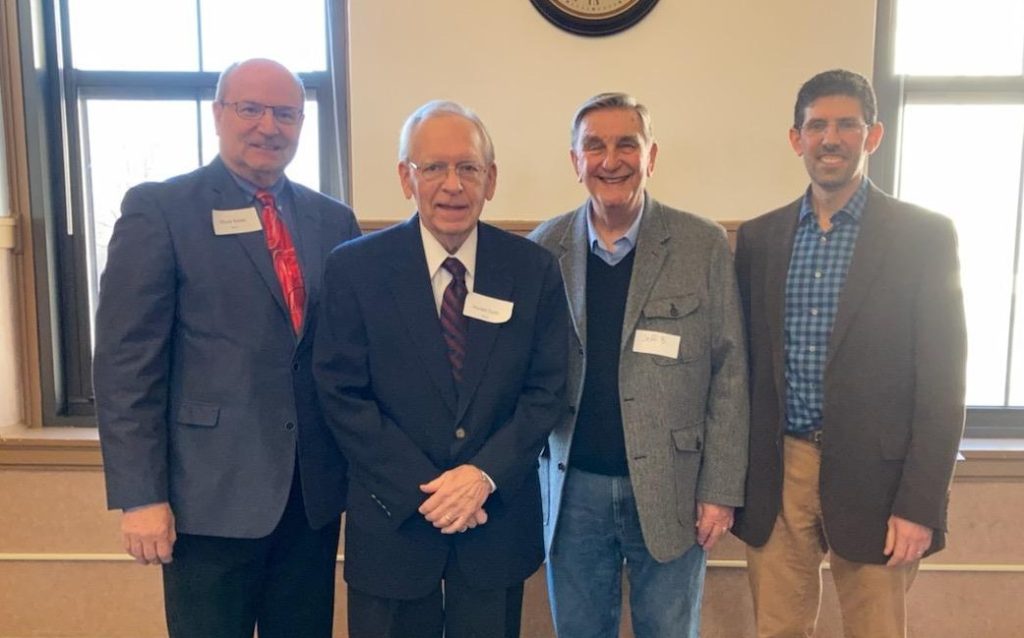 Also at the induction ceremony, the USF RSM Distinguished Professional Award was presented to Ron Dodd for his distinguished service to the field of parks, recreation, and sport. Dodd has achieved international recognition throughout his career as a public agency park professional. The Ottawa, Ill., native’s career was spent serving a variety of park districts and municipalities, including the Chicago Park District and the Joliet Park District, where he served from 1990 until his retirement in 2004. During Dodd’s tenure at the Joliet Park District, the district received the National Gold Medal Grand Award from the National Recreation and Park Association. Dodd has also served as a visiting professor and adjunct instructor in the USF Department of Recreation and Sport Management. He continues to this day as a member on the RSM Advisory Council and participates in the senior RSM student poster session reviews.