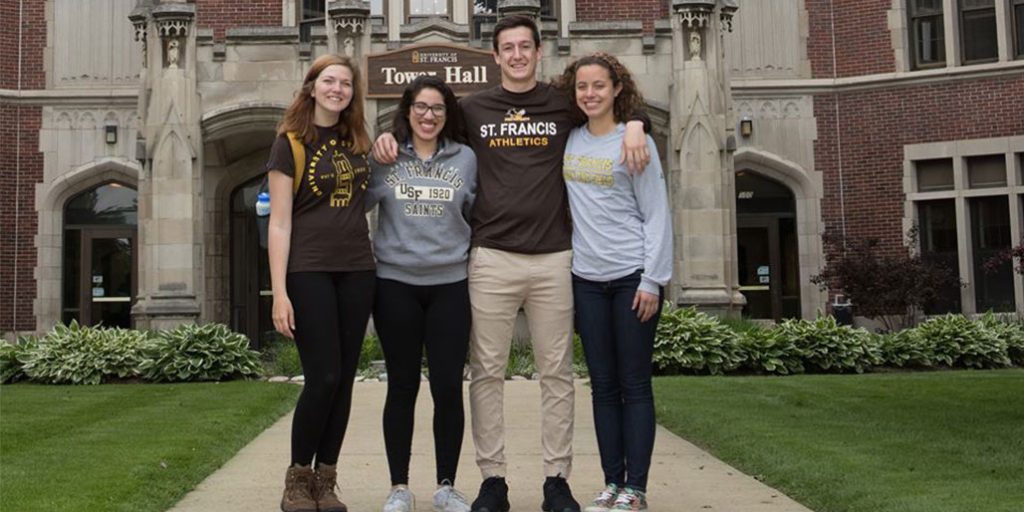 It’s this simple: The University of St. Francis is willing to invest in you with serious scholarships.

Last year we provided our full-time undergraduate students with more than $19.1 million in academic, athletic, and need-based financial aid. This year we are looking at increasing those awards.

We want good students and we’re putting our own money on the table for you to come here.

Scholarships are awarded to freshman based upon your high school achievements. Our scholarships require that you be accepted to the University of St. Francis and enrolled full time in a traditional undergraduate degree program.

Come and compete for even more scholarship money.

Awards up to full tuition ($80,000 four year full tuition value) – USF offers a scholarship competition available to selected students accepted to USF before January 30. Competition is held during the month of February.

USF Duns Scotus Honors Program: $1,000 annually available to Presidential Scholarship recipients. Essay and interview required. Interview must be completed at the Scholars Award competition held during the month of February.

Science Fellows Scholarship: $3,000 annually – Major in the Natural Sciences and have received the Presidential Scholarship. Essay and Interview required. Interview must be completed at the Scholars Award competition held during the month of February.

Science Scholars & Leaders: The Scholars and Leaders Program provides scholarships for students to major in Biology or Biochemistry. Scholarships of up to $9,300 a year for four years will be awarded to qualifying incoming freshmen.

Music Scholarship: Up to $2,500 annually – Music Scholarships are available for students participating in USF music ensembles, including the Schola Cantorum, the Singing Saints, and the Joliet Symphony Orchestra. Awards are given based on talent and financial need and an audition with the Music Department is required. Contact the Music Department to schedule an audition.

USF Grant: Amounts Vary – Based upon financial need as determined b the FAFSA and USF awarding policy.

The MERIT Scholarship: Up to full tuition – The MERIT Scholarship is a partnership between USF, Joliet Township High School District 204, Joliet Public Schools District 86 and the Joliet business community intended to help recruit, prepare, and create a new generation of teachers of color in Joliet’s schools.