We encourage our alumni to contact us with any questions, comments or just to say “hello.” 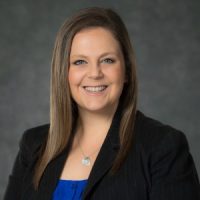 Aubrey Knight graduated from the University of St. Francis in 2004 with a B.A. in Political Science and History and again in 2007 with an MBA in Business Administration. Having started as a student worker in Graduate and Degree Completion Admissions as a sophomore, she took a position in the Undergraduate Admissions office after graduation and began working on her master’s degree. She was hired in the advancement department in 2007 as the capital campaign/alumni coordinator and began working with alumni. In 2009, she was promoted to the Director of Alumni Relations and again in 2012 as the Director of Alumni & Family Relations after taking over the Family Association. Aubrey is married to fellow USF alum, Ben Knight ’07, ’18, ’18, and they have two children – Asher and Mila– and three cats. She enjoys spending time with her family, traveling, the outdoors, sports and animals. 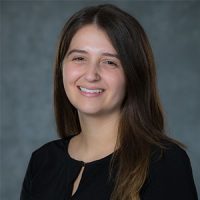 Jessica Conte graduated from the University of St. Francis in 2013 with a B.A. in English and in 2020 with an MBA. Having worked in the marketing field for a few years, she returned to USF in 2016 as the Marketing Services department’s marketing project manager before becoming the Assistant Director of Alumni & Family Relations in 2020. A proud resident of Joliet, Jessica loves the Cathedral Area and supporting Joliet’s local restaurants and businesses. She is married to her high school sweetheart and enjoys gardening, travelling, hosting parties, and spending time with her family, friends, and pets. 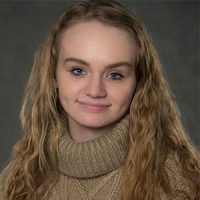 Beth is an ambitious student, double majoring in both Criminal Justice and Political Science. As a freshman, Beth resurrected the USF Criminal Justice and Pre-Law Society. Now a junior, she is president and co-captain of the Mock Trial Team and works with her mentor in conjunction with the Student Alumni Mentoring (SAM) Program. Beth enjoys traveling, spending time with family and friends, and cooking. She has worked in the Alumni & Family Relations Office since October of 2018. 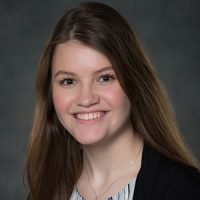 Nicole is obtaining her Bachelor’s of Business Administration in Business Management. In addition to working at the Alumni & Family Relations Office, she manages the university’s Women’s Volleyball Team, is a Servant Leader in the College of Business, and a Peer Minister on campus. During Nicole’s free time, she enjoys singing and cooking. Nicole has worked in our office since March 2020.