The Chicago Portrait Project, a collection created by Alamo-Costello, stems from his 2018 book, Somewhere In-Between Chicago and is a collection of portraits of artists, musicians, and casual passerby contrasted with imagery made in city streets and fringe environments since the mid-1990s. These works offer insight into the city as a creative environment and the various socio-political issues it has encountered over the past 30+ years. The Chicago Portrait Project is supported by grant from the Illinois Arts Council. Grant funds were used to produce the exhibition and to employ USF art and design students Austin Hines and Odessa Villarreal.

The exhibition will run through Tuesday, October 5, at the USF Art Gallery, which is located at 25 E. Van Buren Street in Joliet. The gallery is open to the public every Tuesday, Wednesday and Thursday from 10 a.m. to 3 p.m. A public reception for the exhibition and a cookout will also be hosted at the gallery on Thursday, August 26 from 5 p.m. to 8 p.m. Visit stfrancis.edu/artgallery for more information.

Michael “Chester” Alamo-Costello is an American artist, educator, publisher and writer based in Chicago, Ill. He is most known for his long-running, international “Art Drop” series (1998 to present), which places art into non-traditional settings, such as public parks, and for his photographic books, which have been noted for their rawness and everyday immediacy. He has primarily shown his work in the public domain in countries throughout Europe, the United States and Canada; he has also had exhibits at the Museum of Contemporary Photography and the Hyde Park Art Center. His photography and projects have been reviewed or published in the Chicago Sun-Times, Chicago Tribune Magazine, De Telegraaf (Amsterdam), The Globe and Mail (Canada), New Art Examiner, Museum of Contemporary Art Chicago Magazine, Nerve, and on Chicago Public Radio. Alamo-Costello’s books of photography, art and writing include: Somewhere In-Between Chicago (2018), The Globe (2010), and Grandpa Danny (2008). Alamo-Costello is also the publisher of, and a contributor to, The COMP Magazine, a digital art and design journal. He is a professor and former chair of the Department of Art and Design at the University of St. Francis in Joliet, Ill. 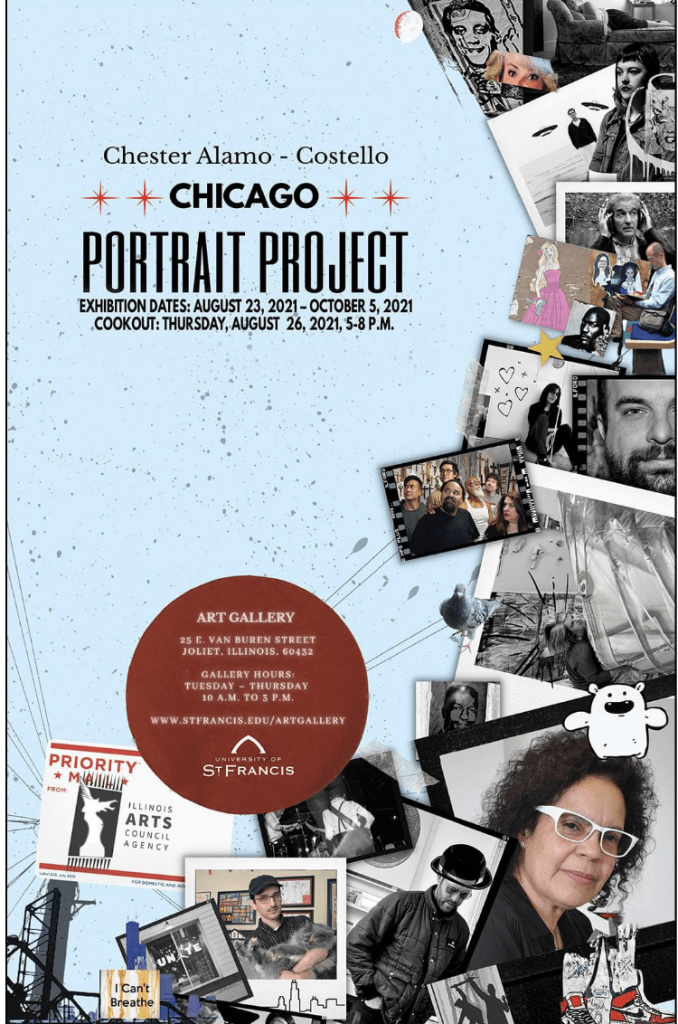