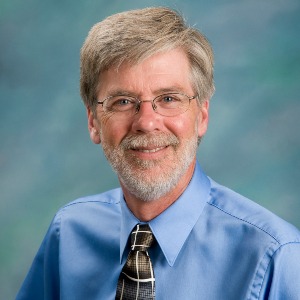 When Brien McHugh graduated from college and found a job, he realized he knew lots about the theory of his work but not much actual application. That’s when he thought, “Maybe I could teach this stuff a little differently.”

Teaching wouldn’t come until many years later. After working in radio and communications for 30 years, including stints in the banking, performing arts and gaming industries as well as the nonprofit sector, McHugh earned a master’s degree in Management from the University of St. Francis and became an adjunct professor.. “I really enjoyed teaching as an adjunct so when the opportunity to teach full time at USF came along, I jumped at the chance,” said McHugh.

Coming from the work force to teach new, young professionals, McHugh has a much insight to offer students. “Media companies are consolidating,” he says, “so the outlets for writing and broadcasting are narrowing, except for the internet. The web is screaming for good writers and professional content.”

As the communications industry changes, jobs and job functions are changing, too. Marketing, advertising and public relations used to be separate disciplines but are now being combined under a general ‘Communication’ function in the corporate world. McHugh stresses that students should broaden their skills to broaden their chances in the job market. “It’s better to know a little about graphics and audio and video in addition to writing.” he says. “Employers are looking for someone who can wear many hats.”

Other than teaching, McHugh enjoys contemplating the fish in his backyard Koi pond. “Every spring, when the herons fly back to the rookery in Plainfield, they tend to stop by my house for lunch. I used to get irritated because they’d eat the larger, more expensive Koi and leave the goldfish. Now I just buy smaller Koi and leave the rest to fate. It’s that whole circle-of-life thing.”

A big debate in the Mass Communication arena is Mac or PC computers. McHugh says he prefers PC but only because that is what he has used most of his life. “I’m also not a huge fan of Microsoft 2007 either but I fear it is one of those things that I will just have to get used to,” he added.

McHugh has a clear teaching philosophy, which he tries to follow every day:

McHugh has lived in the same house in Joliet for 22 years. He has been married for 30 years and has three grown children and one grandchild. As a longtime area resident, he has a sense of hometown pride at being a part of such a respected organization as the University of St. Francis. He is looking forward to a long career hear at USF. McHugh says “I hope my legacy is that I contributed to the education of students who became good people…people who realize that it’s not all about the money.”

Teaching
Back to Top